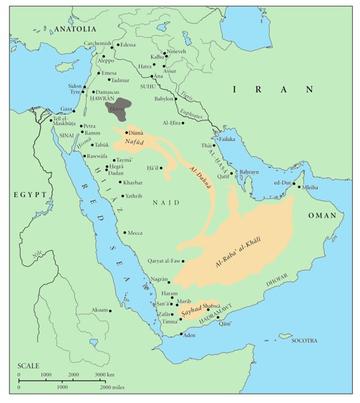 The Academic Director of AALC was Michael Macdonald, an expert in the languages and cultures of Ancient Arabia. AALC was initiated and managed by The Khalili Research Centre (KRC) of the Faculty of Oriental Studies in the University of Oxford, and the Director of the KRC, Jeremy Johns, was the Administrative Director of the project. The technical aspects of the project, including the website and online database, were managed by Daniel Burt, and the scanning and cataloguing was the work of Jennifer Lockie.

In October 2011, AALC received an initial grant from the University of Oxford's John Fell Fund. Much of the focus of the initial year (2010–2011) of the AALC project was to digitise and publish the work undertaken by the late Dr Geraldine King, including her previously unpublished doctoral thesis on Early North Arabian Thamudic E [Hismaic], and the large amounts of epigraphic material that she recorded and had prepared for publication before her early death (including the Basalt Desert Rescue Survey and the Dhofar Epigraphic Project).

Please note: The Ancient Arabia Languages and Cultures (AALC) project was a one year project funded by the University of Oxford's John Fell Fund, and came to an end in 2011. The project website is still live, but is no longer actively updated, and acts as a historical record of the project.