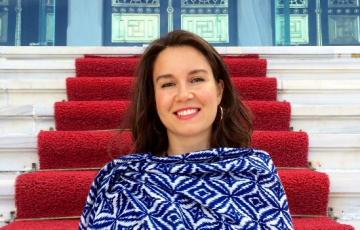 Following her DPhil at the University of Oxford, former KRC student Gizem Tongo has been appointed as a Post-Doctoral Research Fellow of the British Institute at Ankara and is currently working on a book manuscript with the working title, War, Art, and the End of the Ottoman Empire and helping to curate an upcoming exhibition at Salt Galata Istanbul, devoted to a Turkish woman artist: Mihri Hanım (1886-1954).