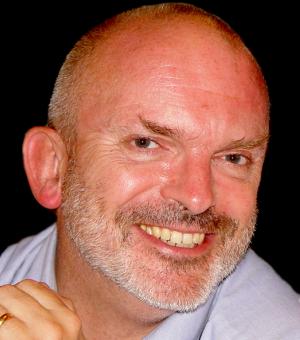 Director of the Khalili Research Centre

Position: Director of the Khalili Research Centre; Professor of the Art & Archaeology of the Islamic Mediterranean; Vicegerent (2018-2020) and Ordinary Fellow of Wolfson College

After leaving school, I worked as an archaeologist, first for the Society of Libyan Studies at Sidi Khrebish in Libya and then, after a lengthy interval travelling in North Africa and Sicily, for the British School at Rome — at Veio, on the South Etruria Survey, and at Tuscania in Lazio.

From 1973-76, I read Modern History (which then began with Marcus Aurelius and ended with the Reform Bill of 1832) at Balliol, and had the immense good fortune to be taught by, amongst others, Peter Brown, Maurice Keen, and Henry Mayer-Harting. I began my doctoral research on the Muslims of Norman Sicily at Balliol and, thanks to a Study Abroad Scholarship from the Leverhulme Trust, continued at the University of Palermo, under the supervision first of Henry Mayer-Harting and then of Michael Brett (School of Oriental and African Studies, London). In 1981, I was elected to a Stipendiary Junior Research Fellowship at Wolfson College (Oxford), where I finally completed my doctorate in 1983. I was appointed "New Blood" Lecturer in Early Islamic Archaeology at the University of Newcastle upon Tyne in 1984, and returned to Oxford and to Wolfson in 1990 as University Lecturer in Islamic Archaeology. I became the first Director of the Khalili Research Centre for the Art and Material Culture of the Middle East in 2004, and Professor of the Art and Archaeology of the Islamic Mediterranean in 2006.

Throughout my career, I have been principally interested in the relationship between Christians, Jews and Muslims in the Mediterranean, especially as manifested in material and visual culture. I have edited two collections of studies on Jerusalem in the early Islamic period (Bayt al-Maqdis Parts One and Two, Oxford, 1992, 1999), and have written some twenty articles on the transition from Late Antiquity to Middle Islam in the Levant. In the late 1980s and early 1990s, I directed with Alison McQuitty the excavations at Khirbat Faris in Jordan. I began to investigate the early Islamic rock crystal "industry" in 2010 with my co-director Elise Morero (KRC, Oxford). We are now writing up our results and conclusions: a first monograph, Frank Mills and the Magnificent Seven: The Biographies of a Victorian Collector and Seven Fatimid Rock Crystal Ewers, will be published in 2019 or 2020, to be followed later by a second, more general volume.

Most of my work has been concentrated on the art history, archaeology, and social and economic history of Sicily under Muslim and Norman rule (827–1266). In addition to more than seventy articles in this field, I have published a monograph on the Arabic Administration in Norman Sicily (Cambridge, 2002), and a monograph-sized study of the painted ceilings and  Arabic inscriptions of the Cappella Palatina in the Norman Palace in Palermo, as part of the first comprehensive study of the chapel (La Cappella Palatina a Palermo. Mirabilia Italiae XV, ed. Beat Brenk, 4 vols., Franco Cosimo Panini: Modena, 2010).

In 2018, I was awarded an Advanced Grant of approximately €2.5 million by the European Research Council for a new research project: Documenting Multiculturalism: coexistence, law and multiculturalism in the administrative and legal documents of Norman and Hohenstaufen Sicily. This new project began on 1st October 2018 and will occupy an increasing proportion of my time until I retire at the end of September 2023.

I warmly encourage enquiries from potential students wishing to conduct doctoral research in the archaeology, history and art history of Sicily under Muslim and Norman rule. Please contact me by email no later than November in the year before which you are seeking admission.

A full list of my publications is available here.