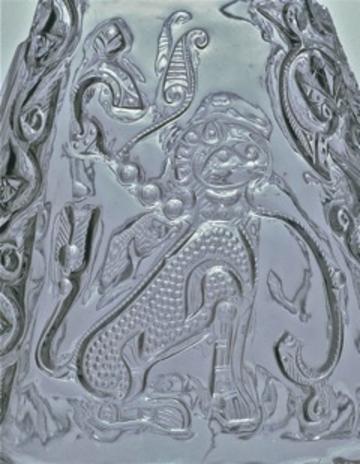 Approximately five hundred rock crystal objects with decoration carved in relief, and attributed to the early Islamic period, especially to Fāṭimid Egypt (10th-12th centuries), survive in church treasuries, museums and private collections. They include such celebrated masterpieces of the lapidary's art as the wine-jug decorated with a pair of felines and with an Arabic inscription naming its patron as the Fāṭimid caliph al-ʿAzīz bi-llāh (reigned 975-996), now in the Treasury of St Mark's in Venice. Most of these Islamic rock crystal objects arrived in Europe during the Middle Ages and very few have a secure archaeological provenance. Until now, they have generally been studied by art historians within a tradition of connoisseurship dating back to the nineteenth century. More has been written about the iconography, iconology and symbolism of these objects in Christian Europe, than about their origins, manufacture and trade in the Islamic world.

This project sets out to investigate the early Islamic rock crystal "industry" as a whole — from the origins and trade of the raw material, through the processes of manufacture and the economics of production, to trade and consumption of the finished objects within the Islamic world. In addition to traditional art historical analysis, we employ a multidisciplinary approach incorporating the study of medieval texts and documents, ethnographic studies of past and contemporary workshops, and archaeology. At the heart of our method is the archaeometrical analysis of the traces of manufacture preserved on the objects themselves, the analysis of those traces in the tribological laboratory of the École Centrale de Lyon (Laboratoire de Tribologie et Dynamique des Systèmes - LTDS), and the experimental reconstruction of the medieval tools and processes of production. We are currently also experimenting with a range of spectroscopic analyses aimed at identifying the sources of the raw rock crystal from which the finished objects are made. 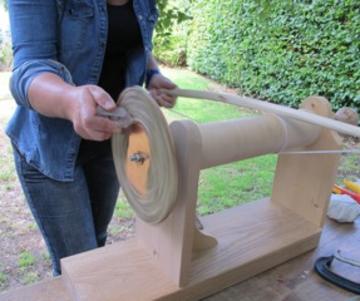 To date, we have successfully reconstructed the tools, the processes and sequences of manufacture, employed by different rock crystal workshops from the late Roman period to the mid-nineteenth century and modern "imitations" of medieval originals. We have demonstrated that clear differences may be observed in the products of various traditions of manufacture. We have shown that the vast majority of early Islamic pieces belong to a single tradition of production which, whenever and wherever it may have originated, was indisputably that to which the lapidaries of Fāṭimid Egypt belonged. The Fāṭimid rock crystal industry is intimately linked to the systematic exploitation of alluvial deposits of rock crystal of exceptional quality and size on the northeast coast of Madagascar.

The Edmund de Unger Fatimid Rock Crystal Project is named in honour of the late Edmund de Unger (1918–2011), the founder of the Keir Collection, one of the greatest post-war collections of Islamic art and currently on loan to the Dallas Museum of Art. The Keir Collection contains an exceptionally important assemblage of Fāṭimid rock crystal objects, including a ewer, decorated in relief with a pair of hunting cheetahs, and with gold, silver-gilt and enamel mounts by Jean-Valentine Morel (1794–1860) of Sèvres, purchased by the London businessman and connoisseur Francis Mills soon after 1840. The project has been generously supported since 2012 by Ranros Universal SA, and is based at the Khalili Research Centre of the University of Oxford.

Materials and Technologies in the Age of Transition, 10-11 July 2019, Wolfson College, Oxford

Jeremy Johns and Elise Morero 2013, "The diffusion of rock crystal carving techniques in the Fāṭimid Mediterranean", paper delivered to Beyond the Western Mediterranean: Materials, Techniques and Artistic Production, Symposium held at The Courtauld Institute of Art, Saturday 20 April 2013